A historical day was marked on 9 July in Sri Lanka, when the masses decisively entered the pages of history. People from all around the country descended on the capital city Colombo to register their voices loud and clear. People came, and came, and they kept coming.

9 July was chosen by protest leaders as a day to get rid of the infamous president Gotabaya Rajapaksa (nicknamed Gota). The mass movement that erupted following the cost-of-living crisis came to its head on 9 May – the day when prime minister Mahinda Rajapaksa was forced to resign. He organised an attack on the protesters before he left office. This whip of counterrevolution had sparked the first eruption of anger – over 100 houses of members of parliament were burned down. The establishment reacted to this and co-opted the former prime minister and the right-wing United National Party (UNP) leader to fill the palace of Mahinda.

This led to some fracturing in the movement. However, the ‘Gota Go Gama’ occupation continued its protest. This continuation, though at a low level, forced out another Rajapaksa on 9 June, the infamous Basil Rajapaksa, who was undemocratically appointed as finance minister.

But the Rajapaksa family continues to pretend that it has done nothing wrong, and refuses to give up the crucial executive presidency position. Basil has declared that he will return soon. All parliamentarians have completely underestimated the enormous anger and hatred that has developed across the country. Despite many obstacles, there was a unanimous feeling that 9 July should be the end of Gotabaya and the Rajapaksa family as a whole.

The Rajapaksa family has done everything in its power to continue its rule. It added additional security to key places including the president’s official residence, presidential secretariat, and Tempe Trees (the prime minister’s official residence). State intelligence services, together with the police, had started arresting key activists. Various repressive measures were put in place. State-sponsored propaganda was also unleashed in the pro-government media.

Once again it looked like Gota was back in control of the parliament. The majority of the parliamentarians feared the movement and fell in line behind Gota. 9 July came when it appeared that Gota had managed to survive the pressure. As a last stand, indirect threats were issued and a curfew was declared the night before the protest day. But following widespread condemnation and determination shown by those who supported the protest on 9 July, the curfew was lifted in the morning.

A transport workers strike was also called off to run enough services to allow the protesters to travel to Colombo. For those who cannot afford to travel, others paid. Small businesses also sponsored tickets in some places. Eventually, train and bus loads of people descended on the capital. There is only one thing in the minds of all – get rid of Gota.

Tens of thousands marched towards the president’s house and Temple Tree with this in mind and faced several barricades that were set up by the police, special task forces, and the army. Not just one but many layers. The masses pushed through them. The army fired live bullets at the protesters. A couple of protesters were shot outside the president’s house and later pronounced dead. Protesters faced violent and vicious attacks by the special task forces and police. But even this was not enough to stop them.

At that point, it was also clear that soldiers were not prepared to risk committing mass killings just to protect the president. Given what had happened on 9 May, everyone feared the mass movement and the repercussions if they decided to take them on.

When finally the masses forced themselves into the president’s residence, it was empty. Gotabaya had secretly fled in advance and, as we write, his whereabouts are still not known. Many members of his family are reported to have now left the country secretly. There were some videos circulated on social media which showed some Gotabaya supporters were running towards a ship. Many immigration officers at the airport also announced that they will block any attempt by the Rajapaksa family to leave through the airport. Through their local links in the army and navy, the Rajapaksa family managed to find some secret rescue.

The immediate resignation demanded by the protesters was ignored by the president who dismissed them as “extremists”. He and the prime minister stated that they will “consider resigning”. Eventually, Gota was forced to accept resignation – but even then he delayed the resignation to 13 July. Prime minister Ranil Wikramasinge on the other hand maintained that he will not resign until a new government is formed. He also clashed with journalists and protesters. Soon after, one of his private residences was set on fire. It should be noted that the main protest was peaceful. Though many have stormed the Temple Tree and other residences, no damage was done to these properties. There was no reported looting. Protesters also found nearly around 18 million rupees in cash inside the president’s residence. To avoid any accusation of looting, the protesters counted the money and handed it over to the government.

Protesters have now defied the bogus resignation of Gotabaya and continued their occupation of the Temple Tree. They have declared that the occupation will continue until the president resigns and is gone for good. Temple Tree has now become a museum. Tens of thousands of people are constantly visiting this palace, touring through the high life these officials had while they were asked to starve. These places – supposed to be public offices- are kept secret behind big gates and heavily protected to keep ordinary people away. This is the first time the impoverished people are able to have a look. Some even released house tour videos on social media.

Following this crisis, Western governments and India had urged a quick solution – filling the vacated positions with other parliamentarians, and forming an all-party national unity government. Of course, this is categorically rejected by the mass movement that demands the whole government steps down.

Some who support the movement and have so far taken part have asked for an interim government to be set up. The United Socialist Party (USP), the Sri Lankan section of the Committee for a Workers’ International (CWI), argues that the interim government, even on a very short-term basis, will not deliver on behalf of the struggling masses. Below is the statement that USP released:

A tremendous mass movement that the country has not seen before has now made the corrupted capitalist parliament invalid. The promise of resignation of the president and parliament is not enough. Many have instinctively understood that the president is trying to buy time to recover or even regroup. Hence the movement correctly decided to continue the occupation of the Temple Tree until the president resigns and leaves.

All  sections of the old regime and ruling class must be rejected. Already the West, India and other imperialist powers are working with their local allies to push for some sort of all-party representation to maintain the fundamentals of the system and thereby their grip on power. They are trying to reinvent ‘old corrupted’ politicians as ‘new’.

None of them have any idea of how to address the current crisis from the view of struggling masses. Up until 9 July, the majority of them have huddled together with both Gotabaya and Ranil, and have accepted that there is no other way than to be hard on the workers, youth and poor. They are all working together to sell the country’s land and resources to vulture capitalists to further fill their pockets.

What has changed now? In what way did they change? Do they put forward anything different now? They are enemies of the people. For that reason they are now stripped off their power by the masses. Why give them back power to revive them?  But it is not just a question of just removing the old leaders. There are ‘new’ politicians who are just waiting for their ‘turn’ to get their hands on power.

Sri Lanka needs a new future. The proposal of an interim government with the aim of giving back power to these enemies of people – or even sharing power – can only help them to recover. The members of the elite who have not yet run away, now talk of ‘unity’ and an ‘all-party’ government. Yes, we want unity, the unity of the working masses, poor and exploited to win a better future, but not ‘unity’ with the exploiters and oppressors! There is an alternative, the masses have shown power, and this power can be coordinated and organised outside the walls of parliament and Temple Tree.

Let us continue to build committees in workplaces and in towns and every village and strengthen them. Immediately they should organise the democratic distribution of supplies to the population. These bodies can send their representatives to a national body. Let’s form the National Assembly of these bodies. This interim body can also take control of state affairs – while preparing for the democratic election of a revolutionary constituent assembly. It will truly reflect the aspirations of all sections of society.

An interim government doesn’t have to have elements of the old regime within it. It also doesn’t need to include corrupt capitalist politicians. Immediately it can be formed by democratically elected representatives of unions, leaders of the Aragaliya (struggle), leaders of peasants and those socialist activists who are in struggle together with the masses, and then be accountable to a National Assembly of committees.

They may agree to do some concessions at this stage after witnessing what the masses can do. But it will not be in their interest to deliver the full demands. Let’s not breathe life back into the corrupted corpses by bringing them back into the interim body.

We must demand immediate cancellation of all debt – repayment of macro debt must stop immediately. The capitalists taking their wealth and running away secretly should also be stopped. We must immediately confiscate looted wealth and implement stricter capital controls than what is in place now. These actions alone will give enough money and resources to deal with the immediate shortage problems of food, fuel and other essential items. Emergency planning committees should be set up immediately to implement an emergency economic plan.

We appeal to all those in struggle to reject the all-party coalition body being created from the existing parliament and other pro-capitalist forces. Even if they try to include representatives the protest movement in the interim government we must ask what power will be given to us? What role do we play? Is the parliament fully agreeing to the demands that we were advancing? We must not enter any deal on a compromised basis and that uses a ‘unity’ government as a cover for an attempt to maintain the capitalist system which has failed the people of Sri Lanka, and billions around the world.

In solidarity with the mass movement in Sri Lanka, a protest was also organised in London by Tamil Solidarity. Nearly 100 Tamils, Sinhala, and Muslims took part in the protest held outside the Sri Lankan embassy on 9 July – at the same time as the Sri Lankan protest. 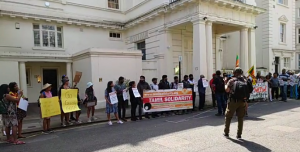 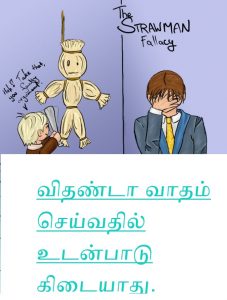 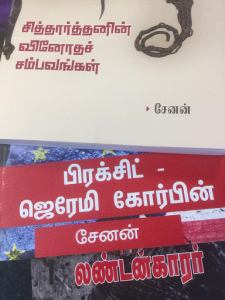